NFT available on Makersplace.com
An artwork from the Shamans of the World collection - inspired by the ancient Peruvian culture of Chavín de Huántar. The psychedelic properties of the San Pedro cactus may have been what kick-started the complex Chavín civilization. Native to the Andean mountain range of South America, San Pedro (Saint Peter) cactus is so called because it is said to be the key that opens the gates of heaven. The plant has the potential to catalyze deep healing at many levels, both for individuals and societies. The tattoo is the famous Raimondi stele. Ring and jewel on the head is inspired by the nailed head of the Chavin culture. The golden amulet on the chest and above the head is the god Viracocha, who is the great creator deity in the pre-Inca and Inca mythology in the Andes region of South America. Viracocha was one of the most important deities in the Inca pantheon and seen as the creator of all things, or the substance from which all things are created, and intimately associated with the sea. Viracocha created the universe, sun, moon, and stars, time and civilization itself. I also added symbolism of eagle and owl power animals. The Eagle is an inspiring messenger. With the ability to soar to heights other birds merely dream of, the Eagle offers lessons about looking closely at the most minute of details in order to see life from a broader perspective. The owl spirit animal is emblematic of a deep connection with wisdom and intuitive knowledge. The owl can find its way in absolute darkness.
“Of all of the ancient cultures I admire, that of Chavin amazes me the most. Actually, it has been the inspiration behind most of my art.”
- Pablo Picasso
Image file: 4000x6472 pixels in Φ aspect ratio – 1:1.618.
Created in Newtek Lightwave 3D, compositing and postproduction in Adobe After Effects.
© 2021 Filip Zaruba - filipzaruba.com 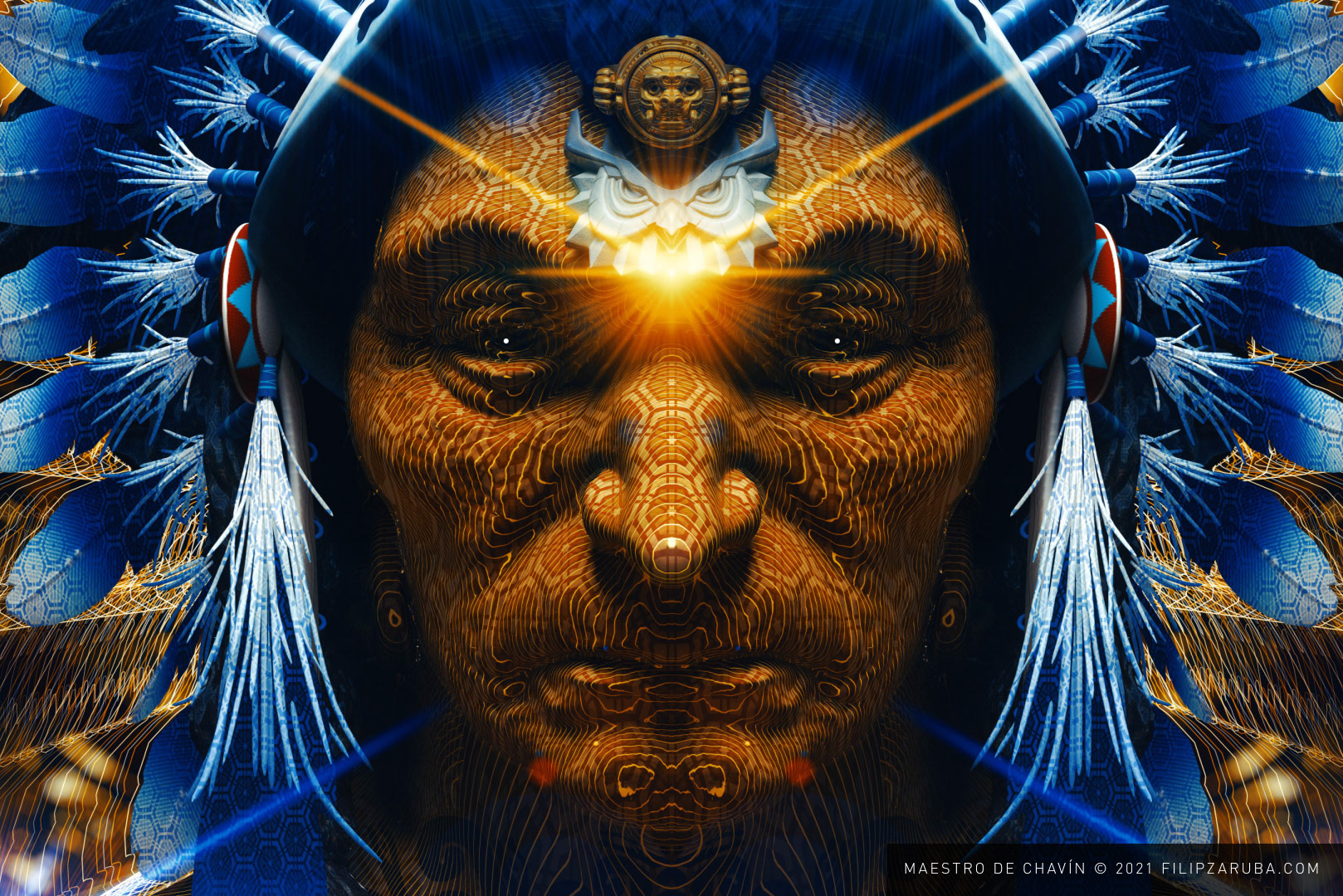 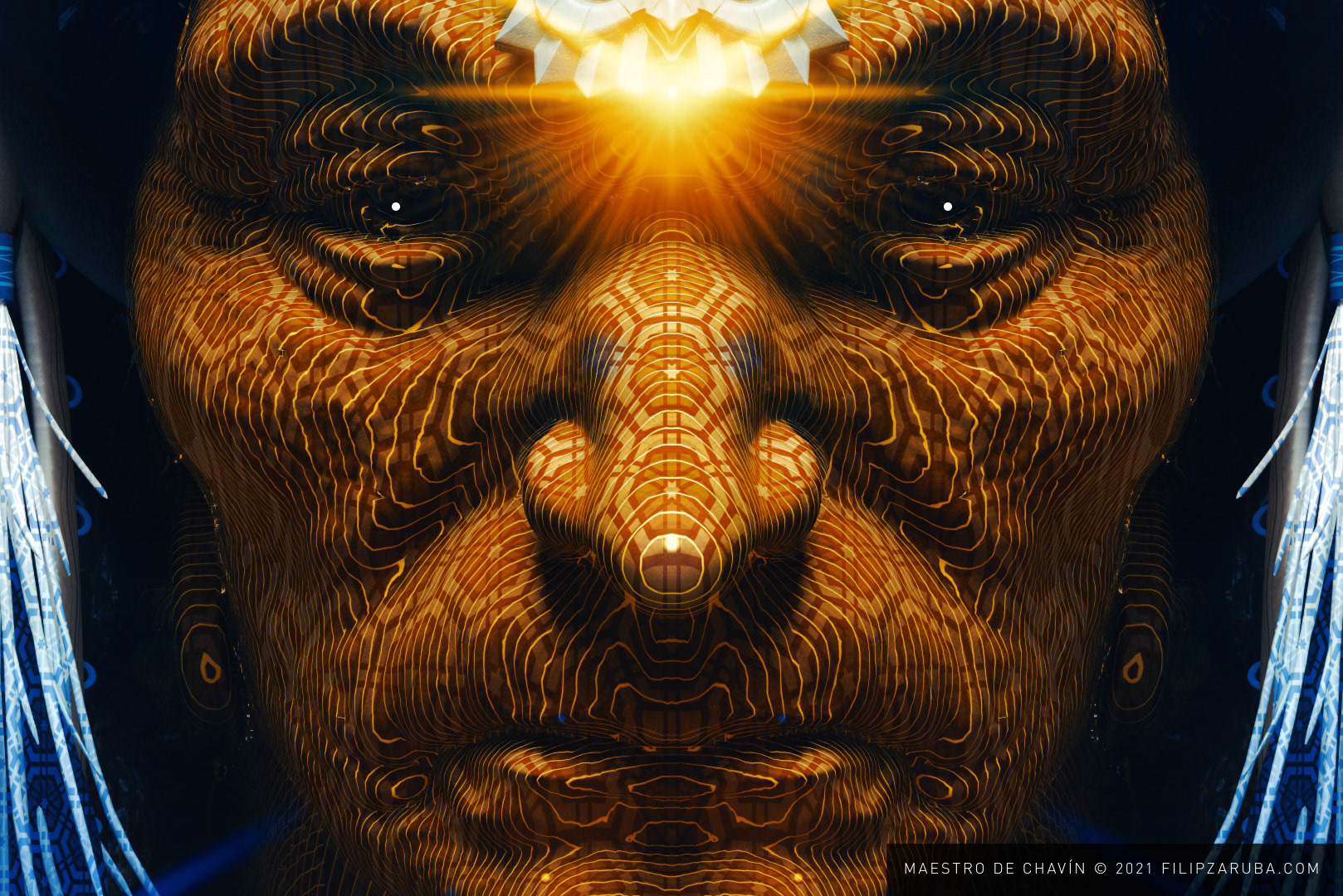 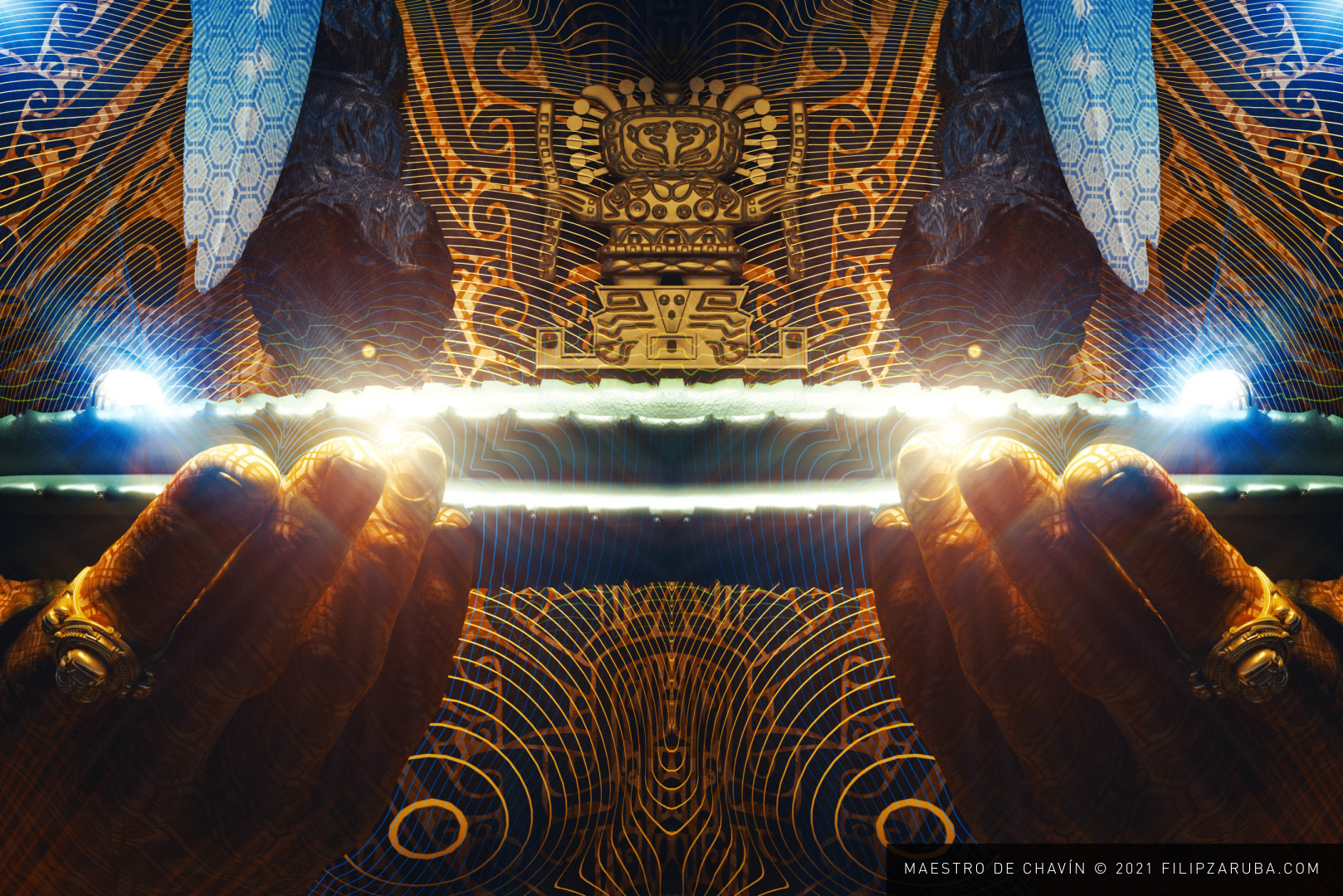 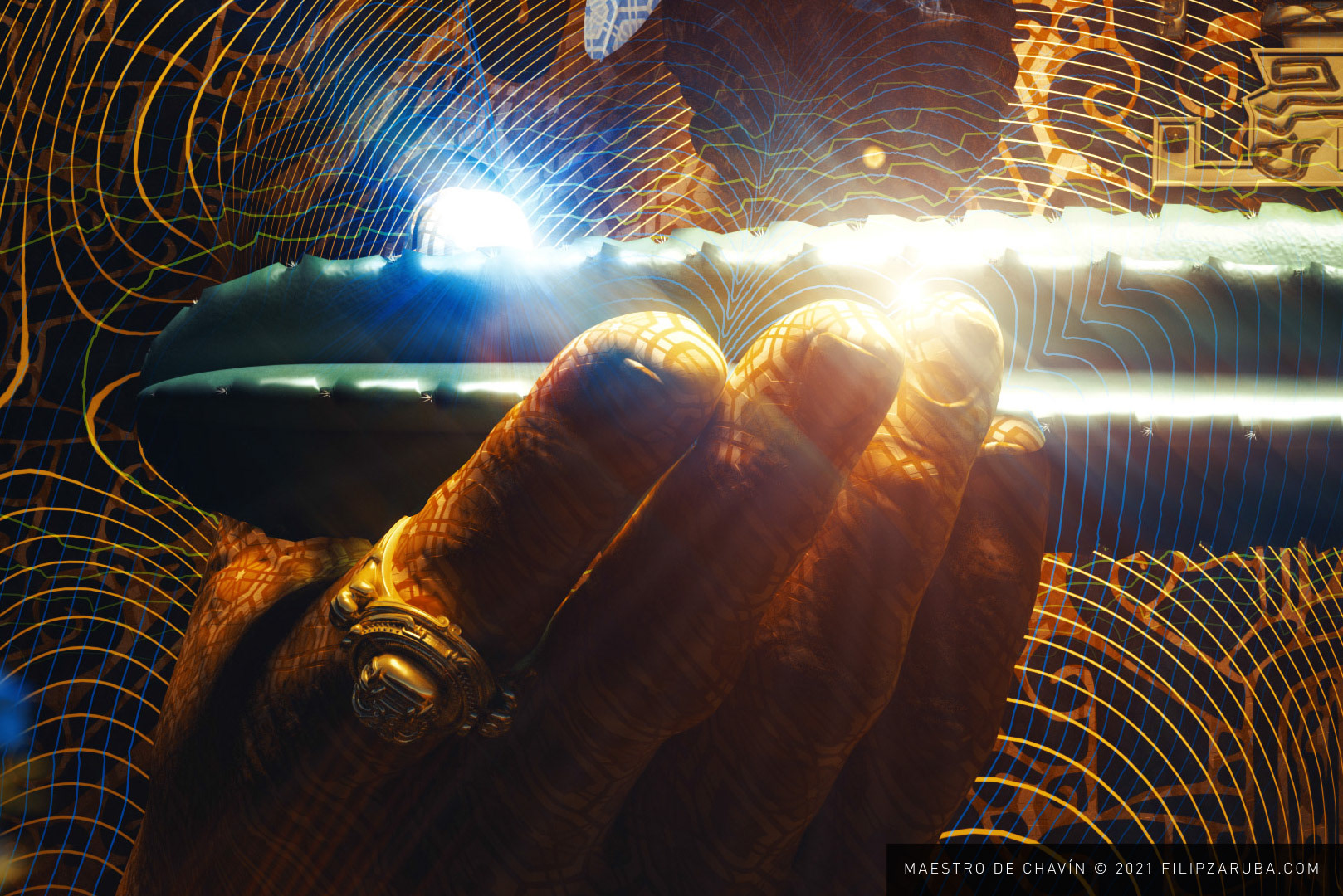 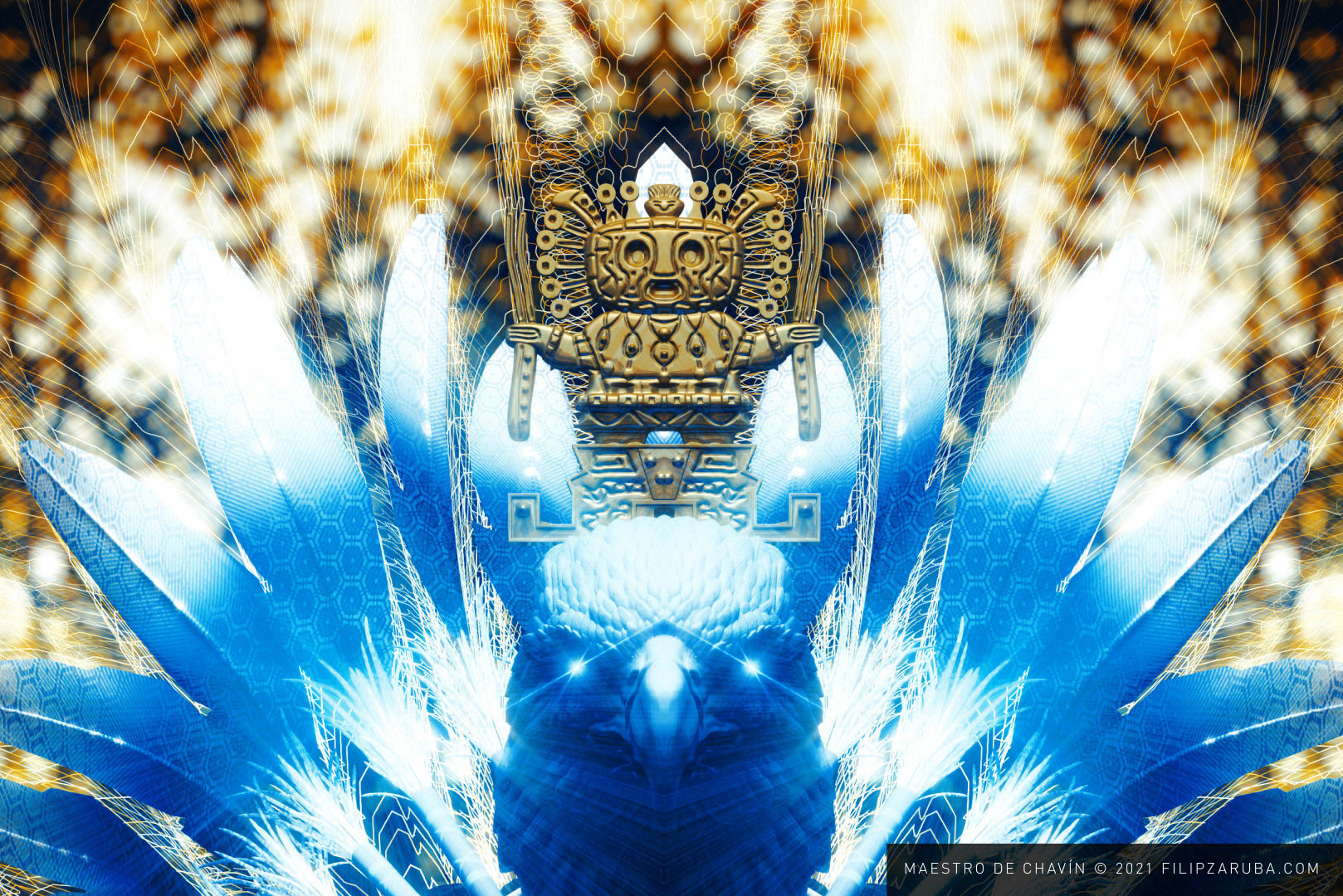 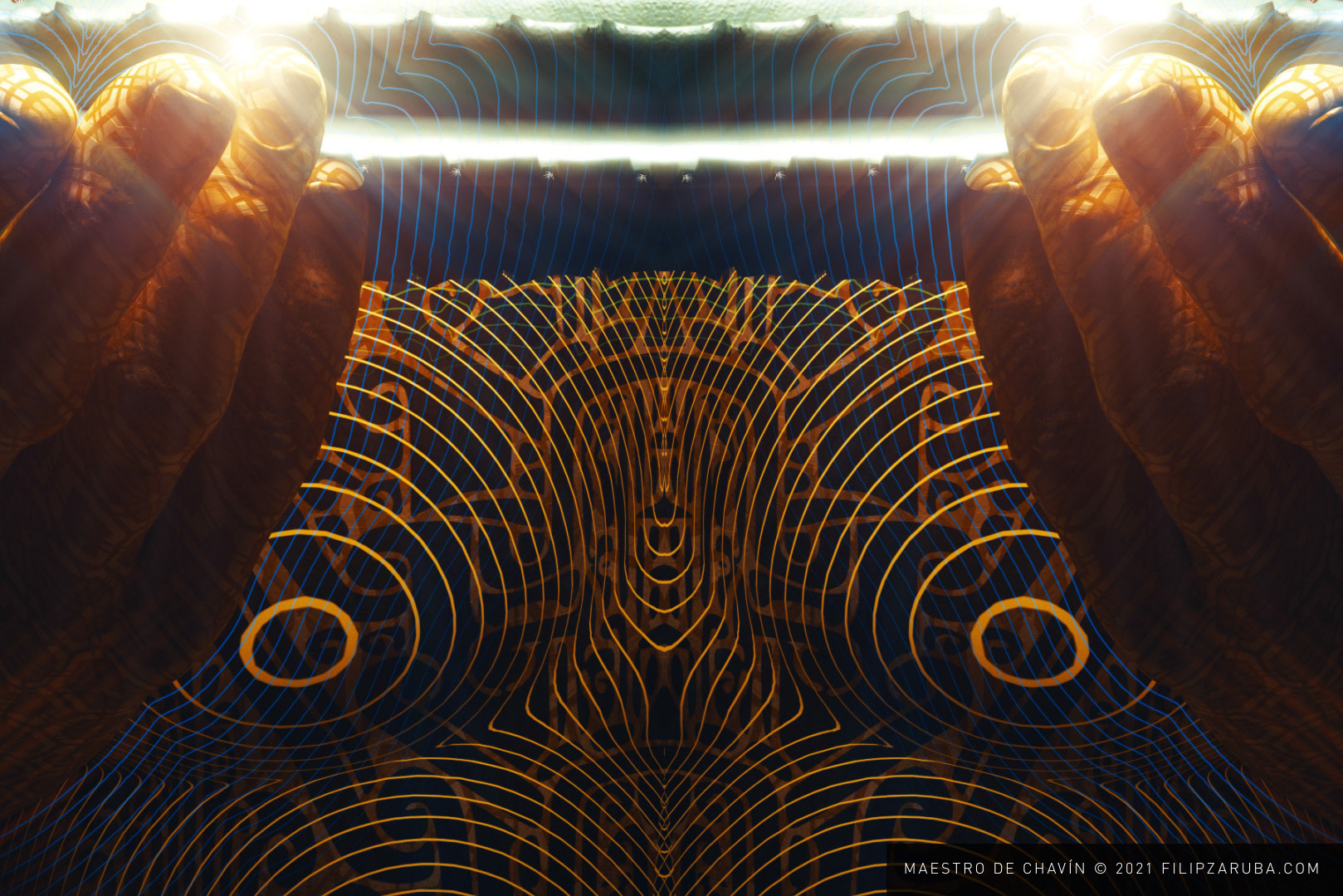 Guardians of the Infinite - static NFT